PhotoVale originated from ChaiwanDay which began as a series of open photography studios in Chaiwan into a full-blown photography exhibition in Clear Water Bay Film studios in 2017. During the year 2018, they were bringing PhotoVALE to the Hong Kong Science & Technology Park with an exciting programme. Participating vendors showcased their latest technology, equipment, and hosting demonstrations and conducted seminars alongside HKIPPs photographers. Audiences had an opportunity to see how a photo-shoot was executed by professionals and were able to experience first hand what it took to create a first rate photograph.

In response to the theme “光 / 合作 / 用”, we would like to introduce a display strategy, in which various digital and analogue equipment have been applied, such as enlarger, video/overhead projector and lightbox. Through the display, we aimed to showcase the interrelated development between creativity and technological advancement. Through the AR experience, player can scan the AR codes on those enlarger to reveal and collect four essential items regarding traditional film photography, which are 35mm film, lens, camera body and photo paper. After finishing each task, the relevant video would be unleashed to play. 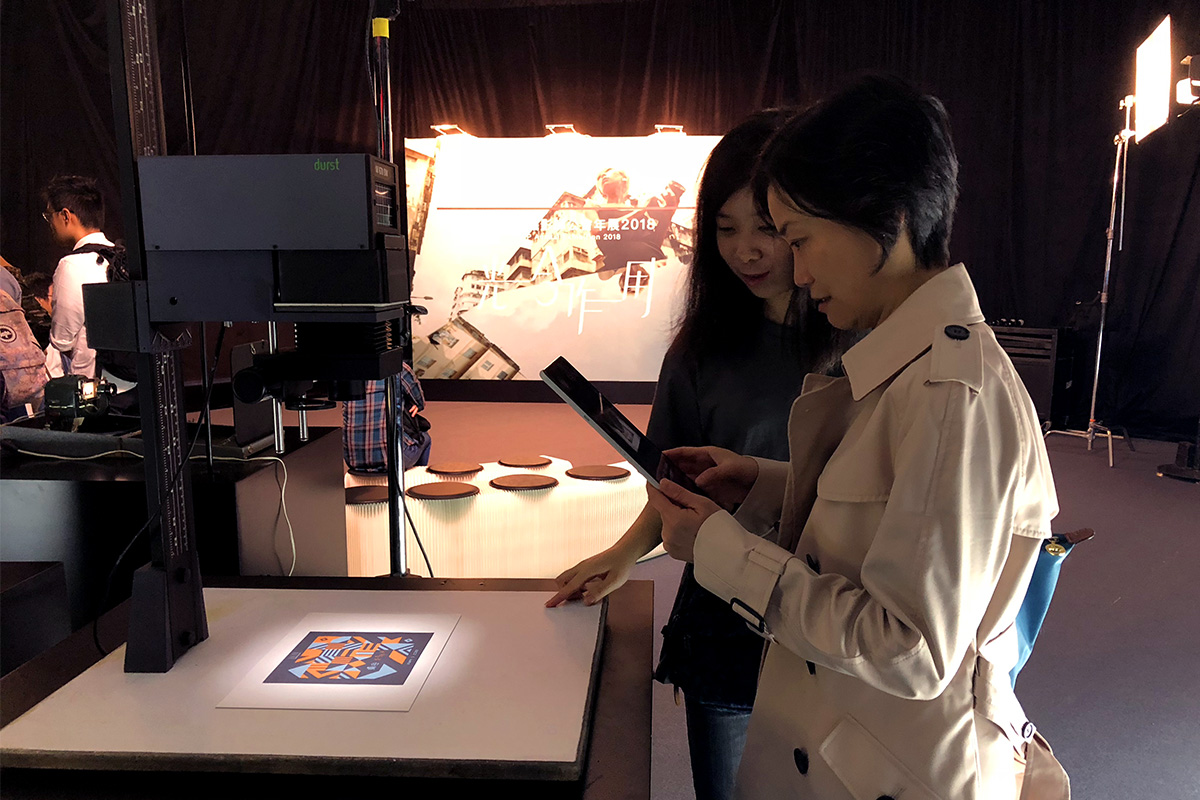 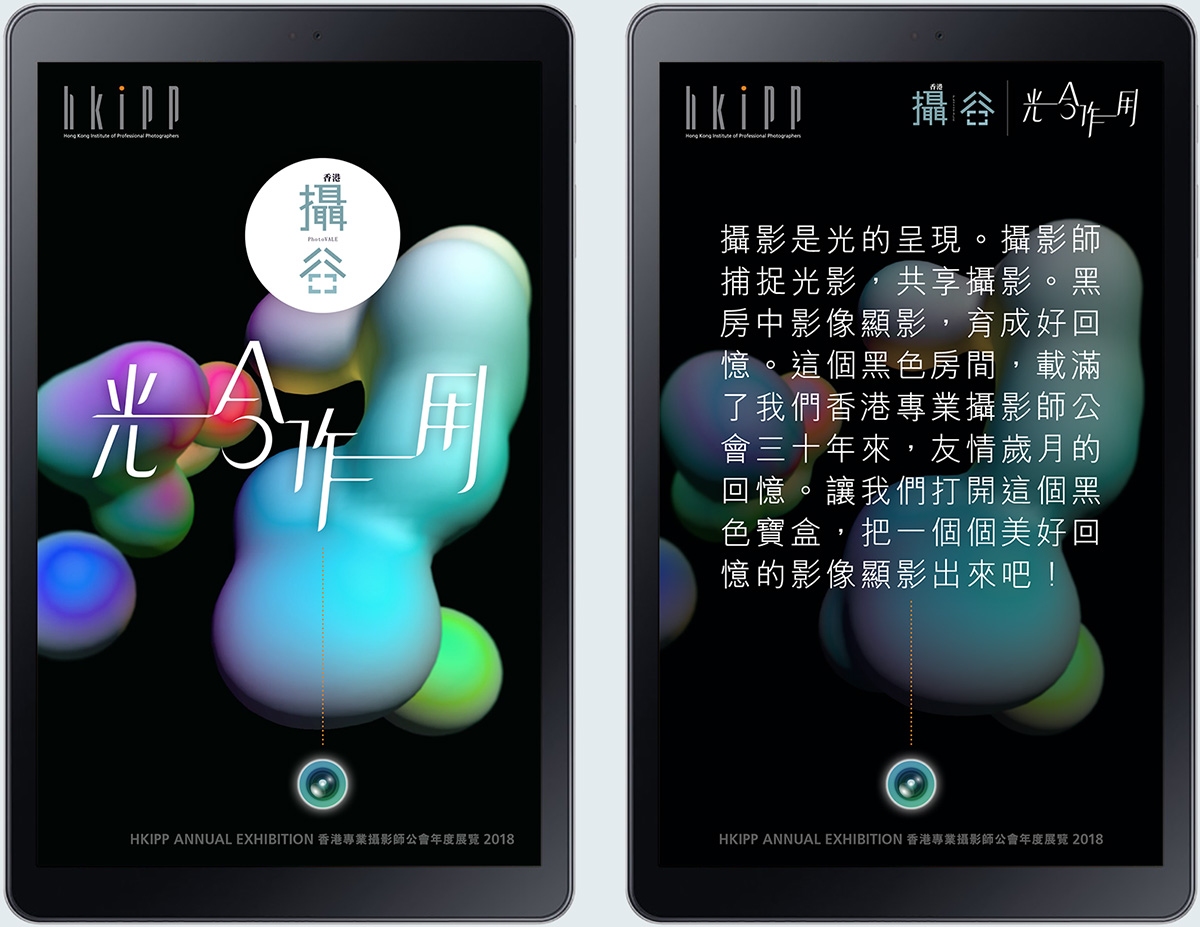 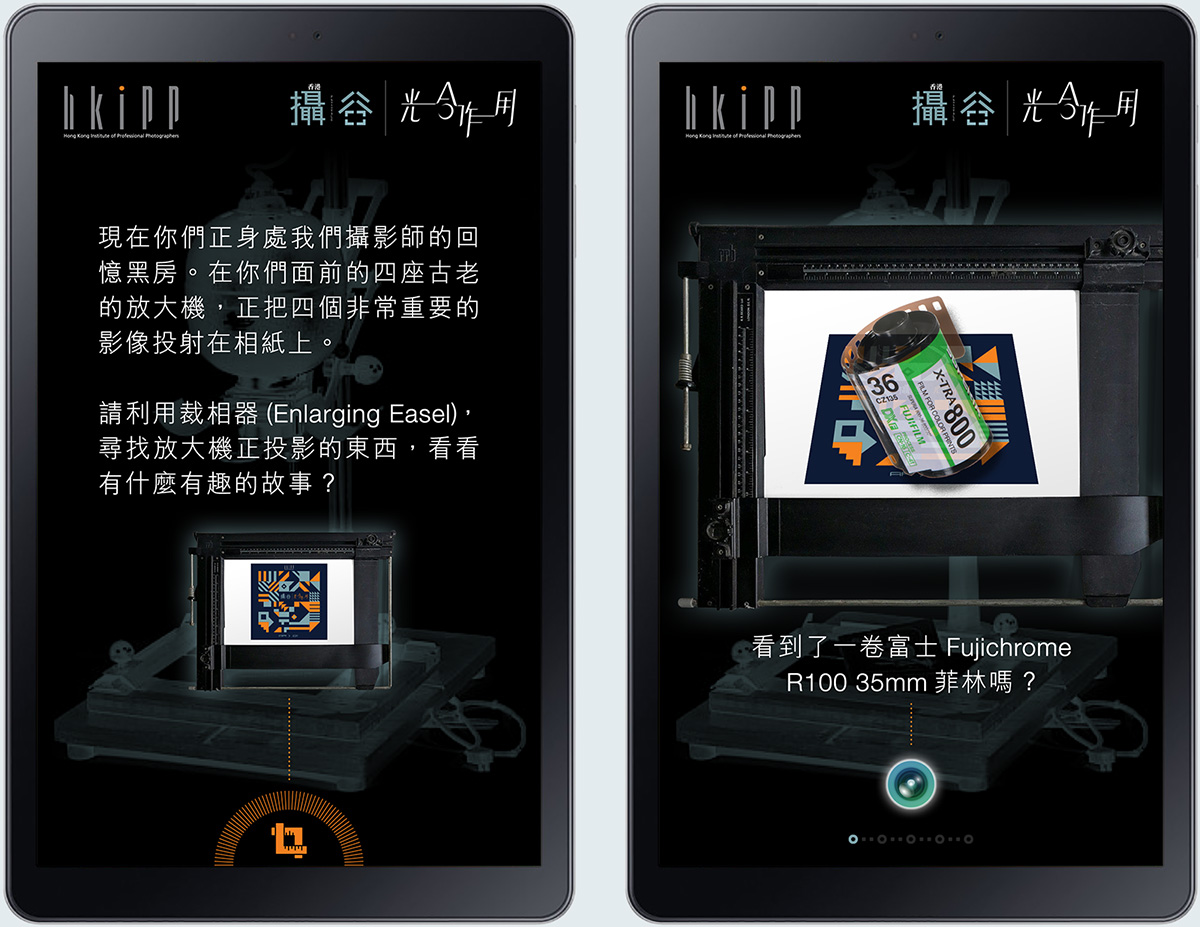 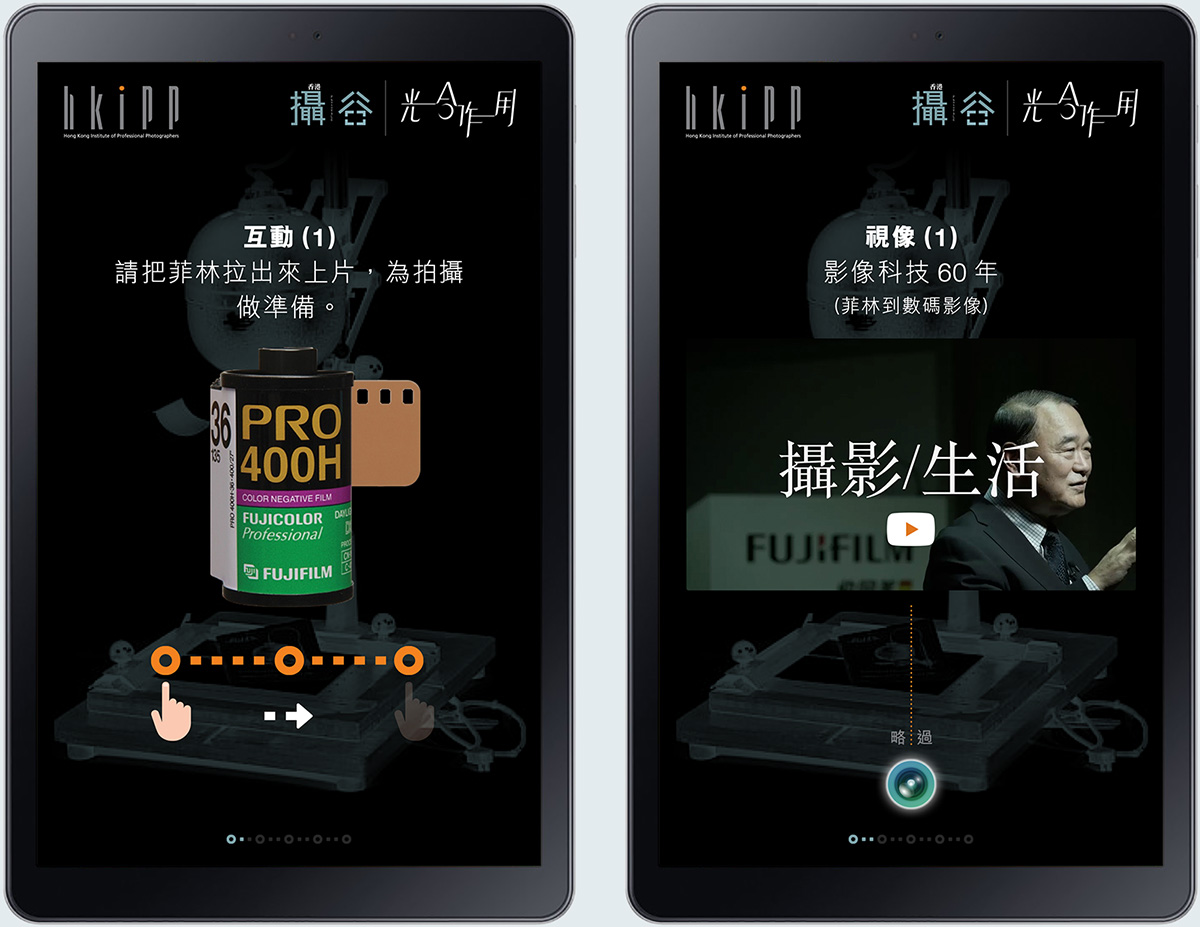 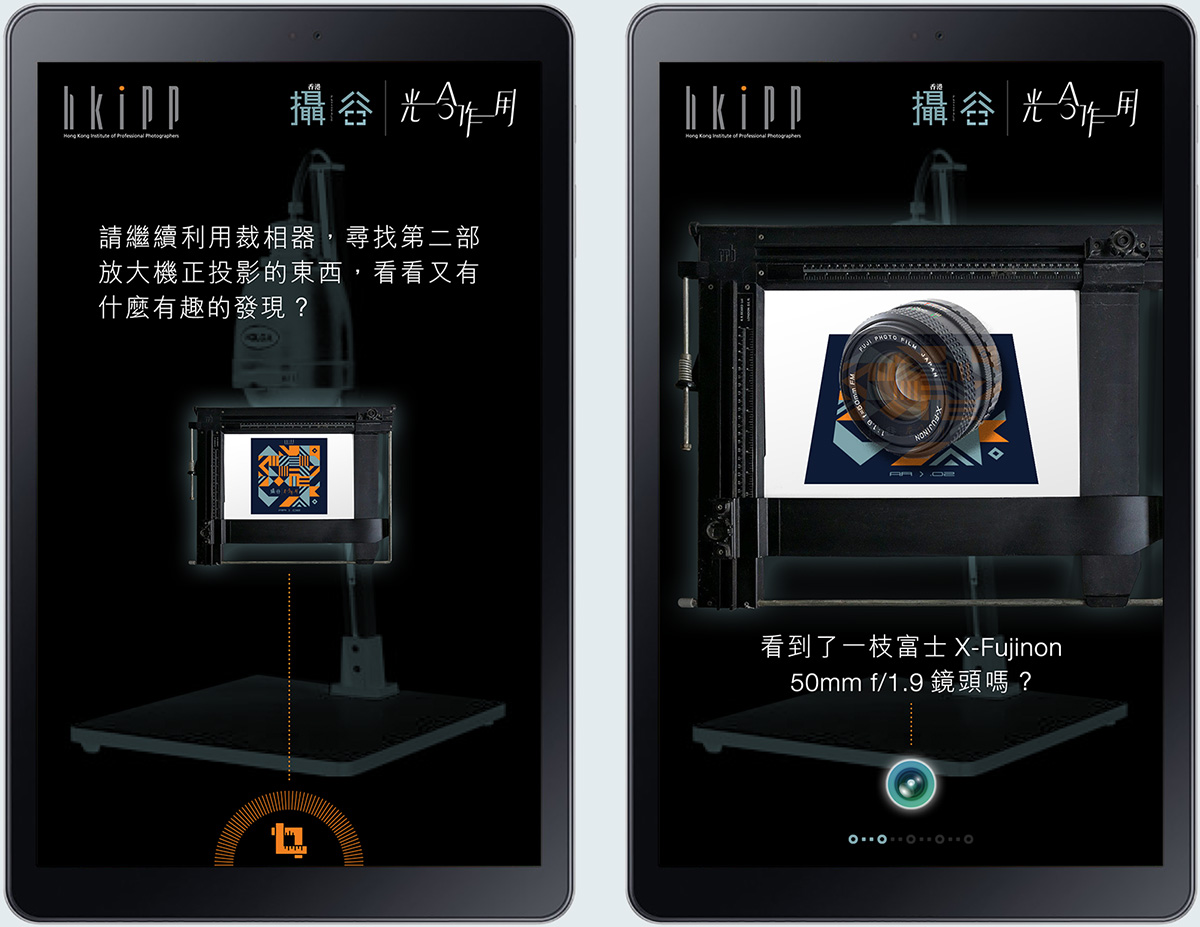 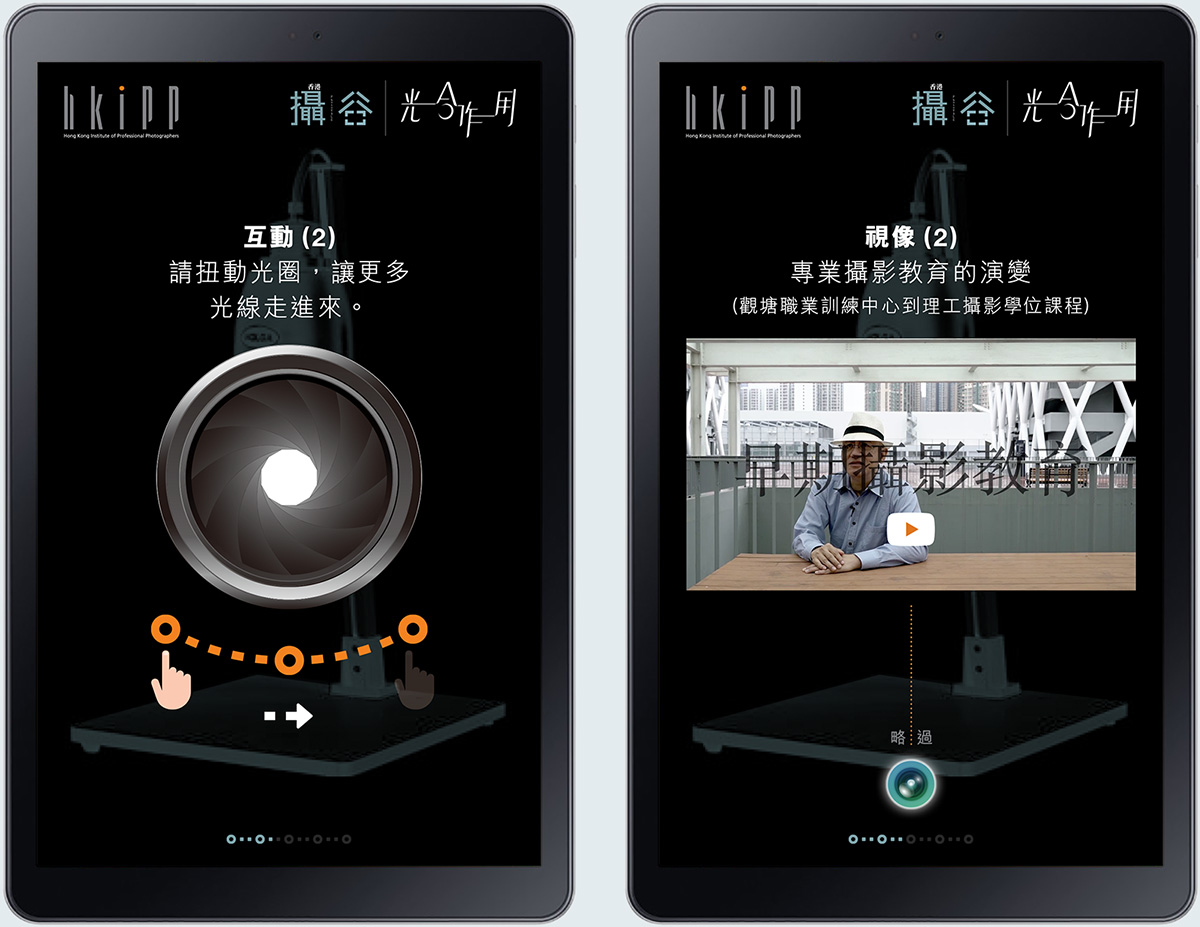 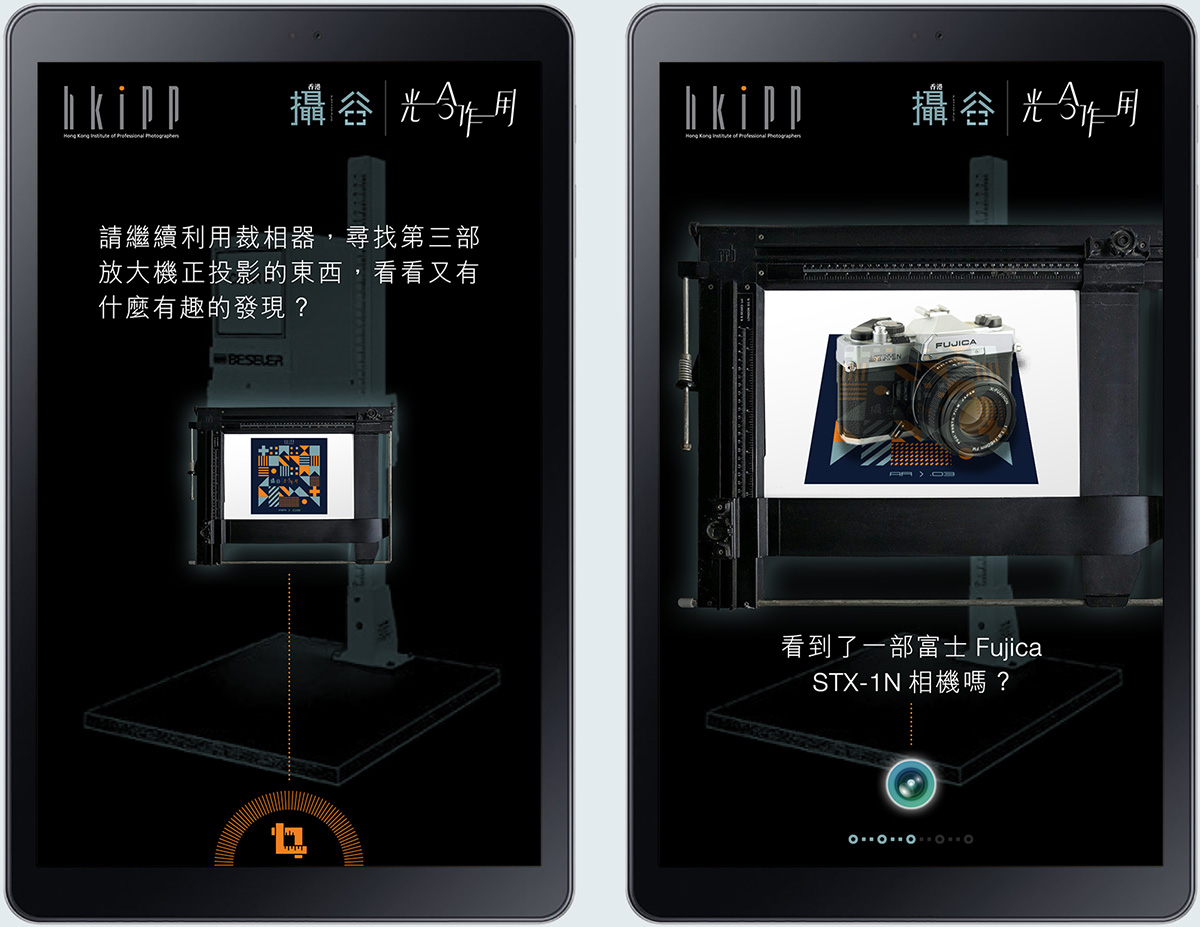 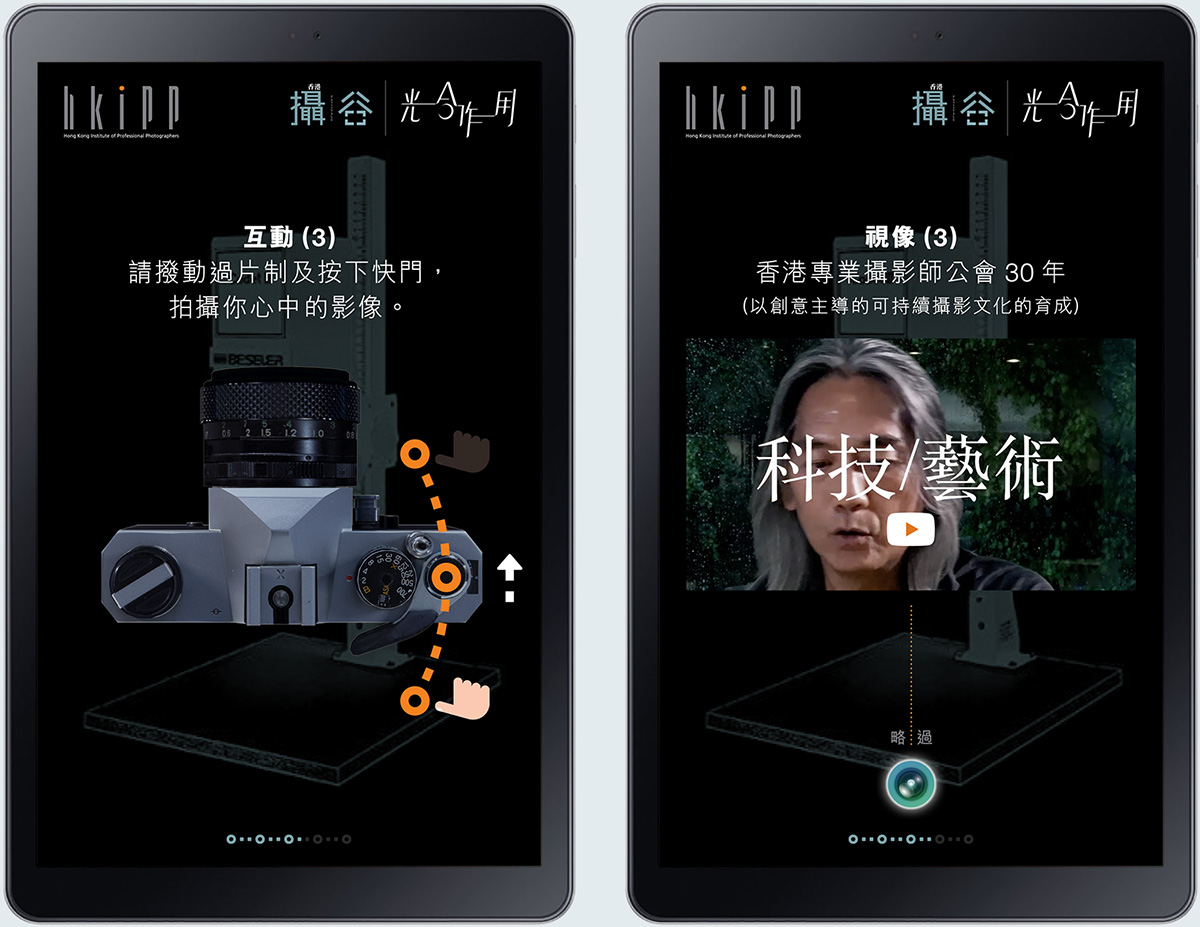 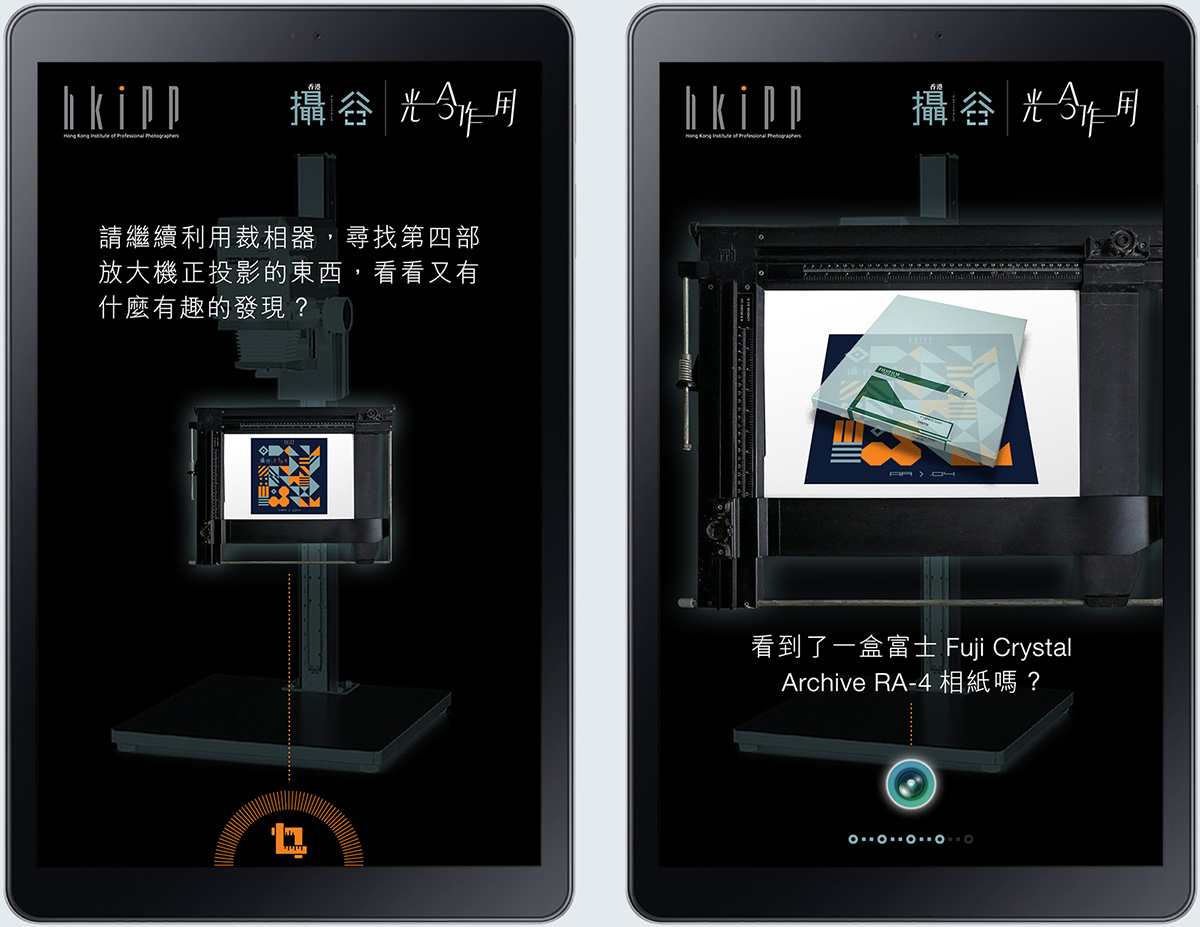 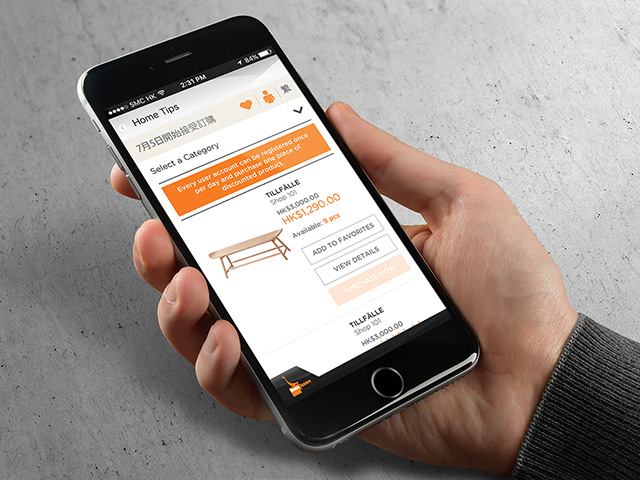 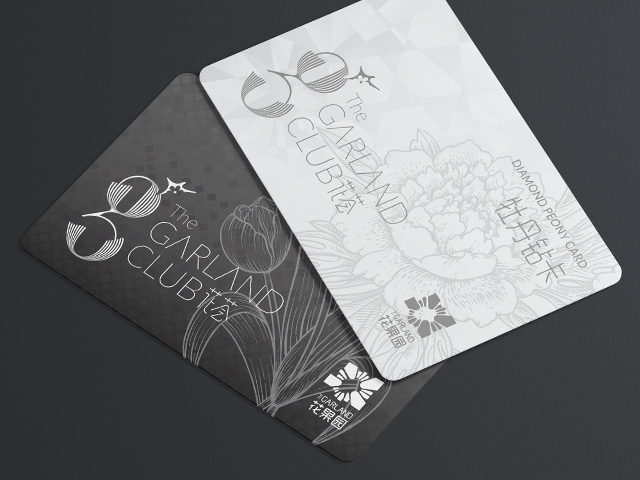 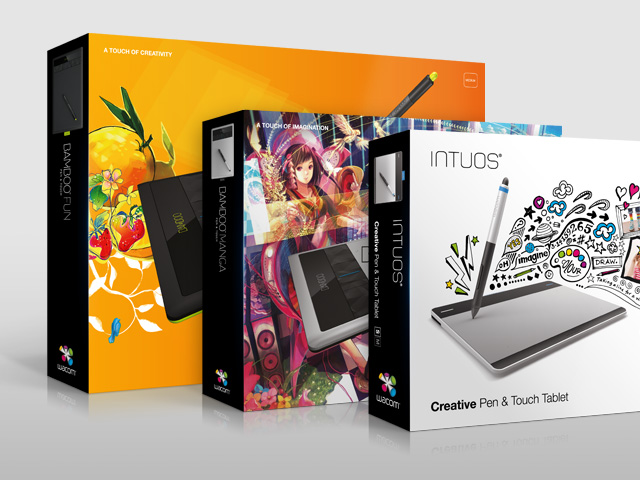